Usually the human eye can perceive a flicker of light with a frequency of up to a Hz, which is not perceived above this frequency. Therefore, in LED lighting applications, if the pulse signal appears less frequently than the low frequency component of the Hz, the human eye will feel the flicker. Of course, in specific applications, there are a number of factors that can cause LED lights to blink. For example, in offline low-power LED lighting applications, a common power topology is an isolated flyback topology. In the case of the greenpoint&reg; reference design for 8W off-line led drivers that meet the “Energy Star” solid-state lighting standards, the dynamic self-powered (DSS) circuit may activate and trigger light flicker because the sinusoidal square wave power conversion of the Flyback regulator does not provide a constant energy for the primary bias.

In order to avoid this problem, it is necessary to make the primary bias partial discharge in each half cycle, and accordingly, the measure of the capacitance and resistance that make up the bias circuit needs to be properly selected. In addition, electromagnetic interference (EMI) filters are required even in LED drive applications that provide excellent power factor correction and support triac dimming. The transient current caused by the Triac step (step) stimulates the natural resonance of inductors and capacitors in the EMI filter. If this resonant characteristic causes the input current to drop below the Triac maintenance current, the TRIAC will be turned off. After a short delay, the triac usually leads again, stimulating the same resonance. During a half-period of the input power waveform, this series of events may be repeated multiple times, resulting in visible led flickering. In order to deal with this problem, a key requirement of triac dimming is that the input capacitance of the EMI filter is extremely low, and the capacitance can be decoupled by triac and winding impedance. According to the formula, if the capacitance decreases in the dimming module, it can increase the resistance of the resonant circuit, suppress the oscillation on the principle, and restore the desired circuit work.

Next :Cause of damage to LED Lights

The Current Situation of Fan Industry

The development course of HID electronics and hid inductance 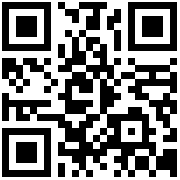